The Maryland Sheep & Wool Festival thanks the following donors for the special recognition in honor of their loved ones:

Jane was a talented spinner and teacher who valued quality fleeces. Her long involvement with the Festival as a volunteer and participant is honored by her friends through the following awards:

Mamie was a weaver of small blankets or lap robes. She is remembered by her husband, daughter and two sons, who established a $5,000 endowment in her name which funds the $300 Grand Prize Award. Additional support for this competition is provided by Sandy Spring Friends School. The $300 prize was awarded to Michelle Lushbaugh in 2019.

2022 marks the 26th annual “Freddie” Award. This cash award goes to the weaver of the most creative handwoven article entered in the Skein & Garment Competition. This award is funded by an endowment from the family and friends of Mary Frederika Pfeiffer, an avid Festival supporter. The “Freddie” Award continues her encouragement of excellence in handweaving. Erin Hyde won this honor in 2019.

The Maryland Shepherds Cup in the Fleece Show ecognizes consistent excellence in the production of handspinning fleeces by wool producers in Maryland. The winner will be judged to have entered the best set of five handspinning fleeces from an individual Maryland shepherd. This award is offered in remembrance of Mary Ann Jackson, shepherd at Spinning Flock Farm. The award includes a perpetual trophy inscribed with the name of each year’s winner plus a $100 prize. Lee Langstaff of Dickerson, Maryland was the winner in 2019 with her entry of five mixed breed fleeces.

To honor an ardent Festival fan, a group of Maryland spinners funded the Pat Brown Memorial Award for the Best Maryland Fleece in the Fleece Show. A Kent Island shepherd and critter lover, Pat Brown was a multitalented artist. A permanent plaque is displayed annually at the Fleece Show. In 2019 the Revere pewter cup and cash award were won by Peggy Howell with a Corriedale X fleece.

Tyson “Pete” Creamer was a Festival committee member over 15 years, including chairing the Fleece Show & Sale with his wife, Sylvia. He was a shearer, worked with the Wool Pool, and was always willing to work with 4-H Members. This award is given to the best 4-H Fleece. Lizzie Miller won this honor with a Rambouillet X fleece in 2019.

This award is given in memory of Ernie Hall, who unselfishly donated 16 years of service to the Maryland Sheep & Wool Festival. The trophy is awarded to the exhibitor of the Supreme Champion Ram. Marian & Ralph Lovell won this with a Corriedale ram in 2019.

This award is given in recognition of the 16 years of dedicated service that Florence gave to the Festival. This trophy is awarded to the exhibitor of the Supreme Champion Ewe. Wind Valley Farm won this honor with a Black Lincoln ewe in 2019.

This trophy is dedicated to the memory of Lucy Conant, a devoted participant in the Maryland Sheep & Wool Festival Sheep Shows for many years. The “Friends of Lucy Conant” will present this trophy to the exhibitor of the Champion Romney Ewe. Charlene Carslisle won this honor in 2019. 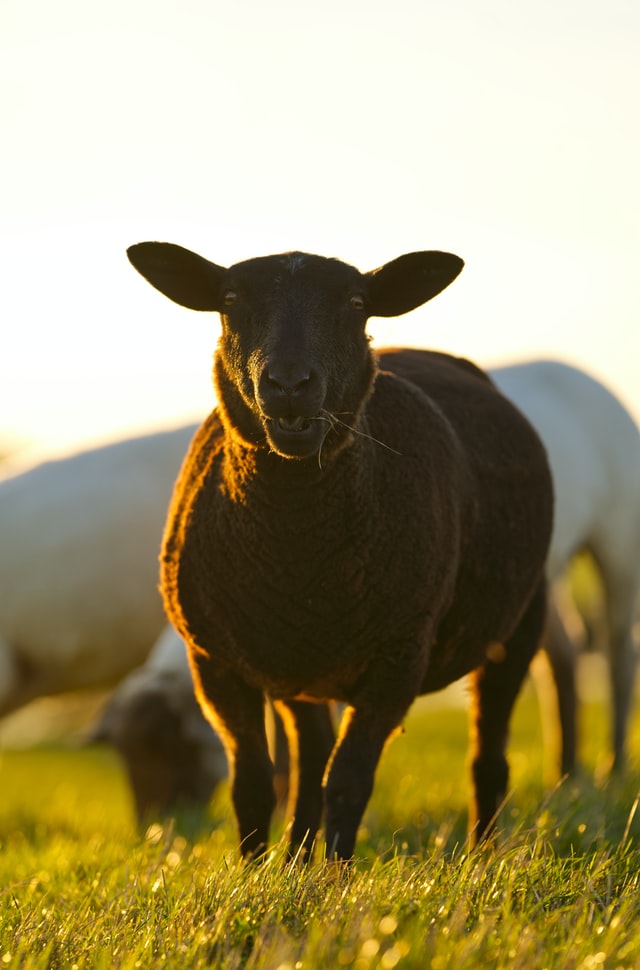