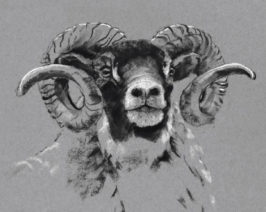 The Festival is pleased to have commissioned world renowned sculptor, Bart Walter, to create the artwork for the 2019 catalog cover.

No one has so masterfully communicated the spirit of the animal in bronze as Bart. For over thirty years, Bart has been sketching and sculpting wildlife in North America and Africa, venturing into the field to study his subjects in their natural environment, working with the animal right in front of him. Furthering a continuity begun by previous animaliers, he has brought a biologist’s eye and his dynamic approach to surface to the work at hand, conveying the movement and spirit of the animal. When you see a drawing or sculpture by Bart Walter, you are seeing an individual animal and experiencing it as he has, with a sense of reverence and wonder.

Bart was born in 1958 in Baltimore, Maryland. He grew up in Baltimore City, spending weekends on Maryland’s Eastern Shore. Always strongly drawn to outdoors and the mysteries of nature, these getaways from city life allowed his fascination with wild animals and wild places to blossom. Many, many hours were spent exploring the wild places he found there. He received a Bachelor of Arts Degree in biology with an emphasis in animal behavior from Hiram College in Ohio. Since then, he has worked as a sculptor, first in wood and for over 30 years, in bronze. 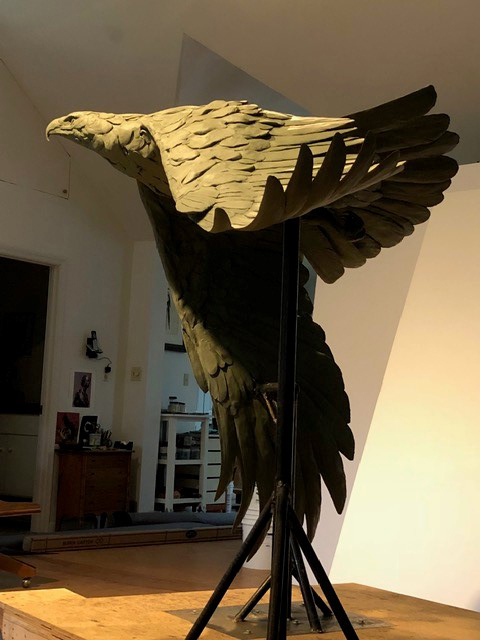 Sculpting and drawing from life are what Bart loves to do the most. He considers it a form of cheating since when an animal moves or turns, he just turns the sculpture and works with what he now has. Bart brings maquettes — field studies — home and casts them as is, or enlarges them, as well as using them to inform new sculptures.

Bart sells his sculptures to private collectors and public institutions around the world. Locally, you can see his chimpanzees at the National Zoo; ostriches, lions, gorillas, cheetahs, otters, a polar bear, and more at the Maryland Zoo in Baltimore; and a lion in front of the public library in Westminster, Maryland. 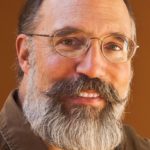 For 30 years, Bart has lived and worked on a 20-acre wildlife sanctuary outside Westminster with his wife, two dogs and a Bengal cat.